Readers of this blog will know that I have often traveled to the historic city of Weishan, in Yunnan, China.  Origin place of the Nanzhao Empire that became the Dali Kingdom before Yunnan was incorporated into China, Weishan was an important site on the Tea-Horse Route and home to Weibaoshan, a mountain with two dozen Taoist and Buddhist temples.  For more than 620 years, travelers and traders passed through the impressive North Gate, virtually the only surviving element of the original city wall.  I have photographed it nearly every year since 2003, and it is one of two National landmarks in Weishan.  Four times I brought students to visit. END_OF_DOCUMENT_TOKEN_TO_BE_REPLACED

October 10, 2006 Chicago Buildings Comments Off on Another church burns 940 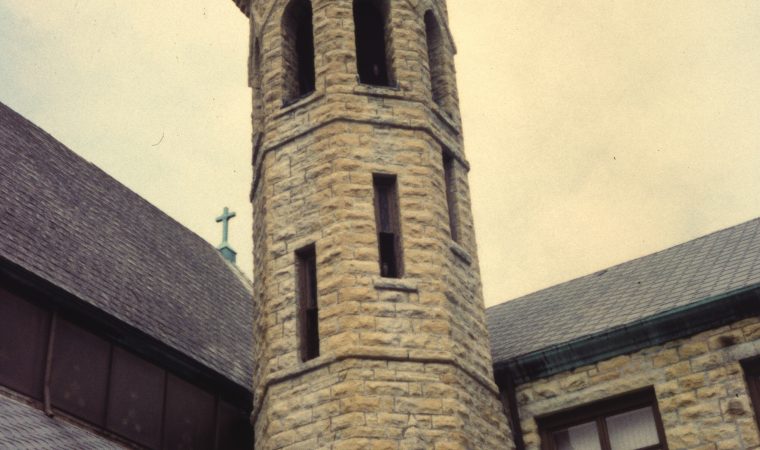 Joliet’s Christ Episcopal Church burned this weekend. I will really miss this one and it is apparently a total loss, although the quaint Gothic tower pictured here survives. This one was intact – had a fantastic interior with clustered columns and a real nave-like nave – which means the ceiling read like a boat. It was an 1887 masterpiece of picturesque Gothic by Frank Shaver Allen, who gave Joliet a lot of grace.

Harrah’s casino has meant a lot of money to Joliet, mostly in exchange for that grace. Harrah’s has demolished a dozen buildings in Joliet – many made of local limestone like Christ Episcopal, mostly for parking. It wanted this beautiful church because of its location, and it wanted to demolish it. END_OF_DOCUMENT_TOKEN_TO_BE_REPLACED

Well, it didn’t take long for the politics to come sweeping into the debacle of the fire at Pilgrim Baptist. The Governor promised a million dollars to rebuild and now Tribune columnists and 1980s atheists are whipping up the separation of church and state.

This would not be the first time the State of Illinois gave a million dollars to a church. For that matter, the state has given HUNDREDS of millions to the White Sox and the Bears, whose rituals and devotions rival those of more spiritual organizations. END_OF_DOCUMENT_TOKEN_TO_BE_REPLACED

An acoustical marvel decorated with ornament by Sullivan and murals by Scott that witnessed the premier of Mahalia Jackson. That would be enough. END_OF_DOCUMENT_TOKEN_TO_BE_REPLACED