Gas Station – Why Demolish an Opportunity? 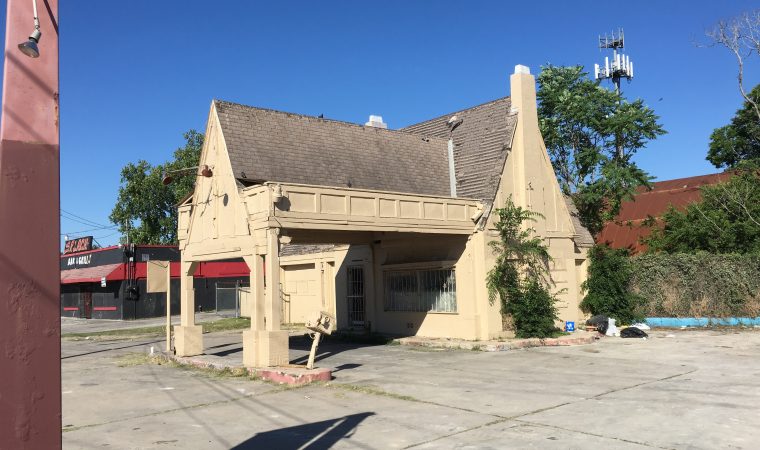 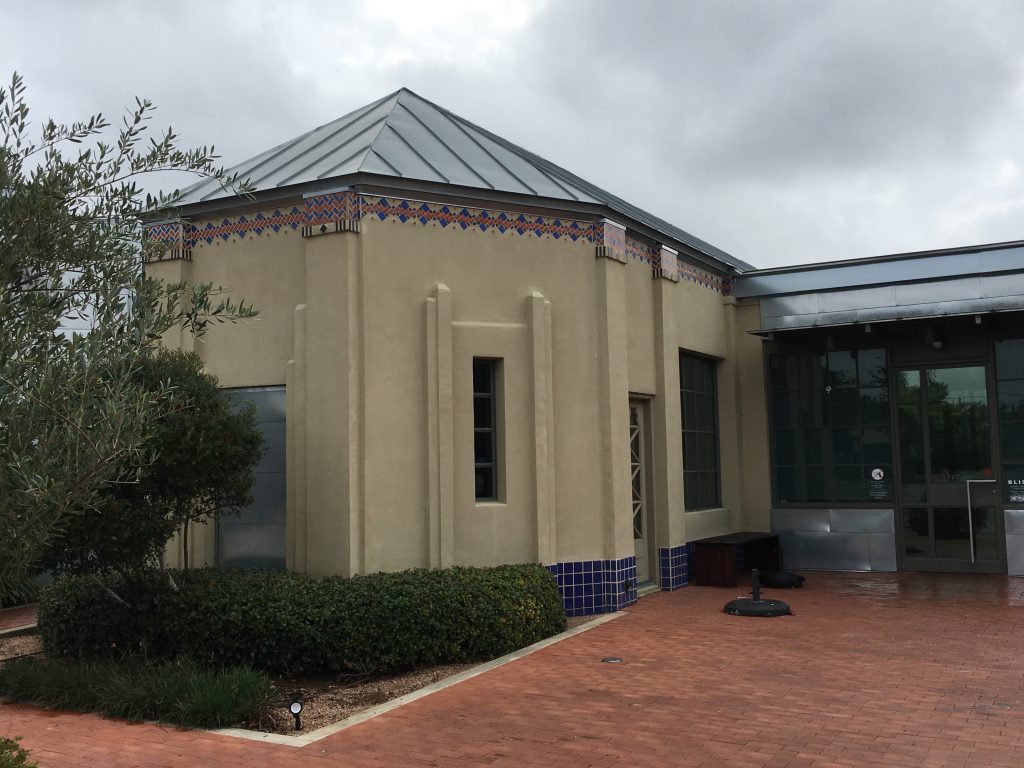 This is Bliss, a restaurant in San Antonio.  The upscale American cuisine focuses on fresh ingredients, has superior service and is consistently ranked one of the best restaurants in the nation’s seventh largest city.  It is housed in a historic Humble Oil gas station.

This is the Station Cafe, across from our office, a more modest sandwich shop that is filled to the brink every lunchtime and offers evening beers from its historic Texaco gas station.

At Austin Highway and Broadway this former Mobil gas station is an upscale women’s boutique described as a “must-visit for anyone who is in the mood to indulge in some retail therapy.”  sloan/hall is high-end adaptive re-use. 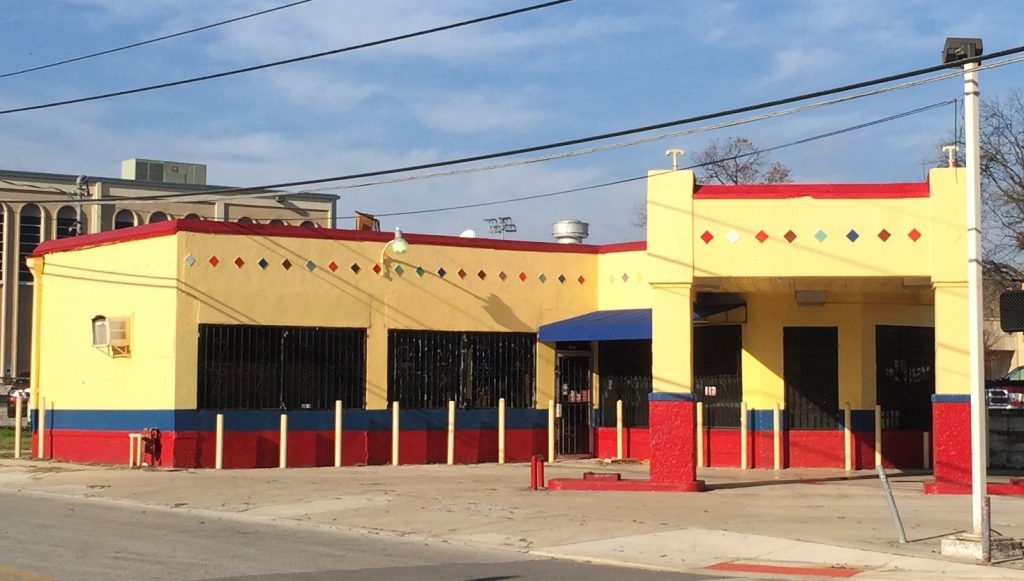 This is another historic gas station on St. Mary’s Street just north of downtown that is about to be converted into a restaurant.

I could go on with many more examples, but the bottom line is that historic gas stations are adaptive re-use GOLD.  Like everything in the entirely externalized world of real estate value, location is key, which brings us to the city’s newest trail, along San Pedro and Apache Creeks.  I have ridden it a half-dozen times already. 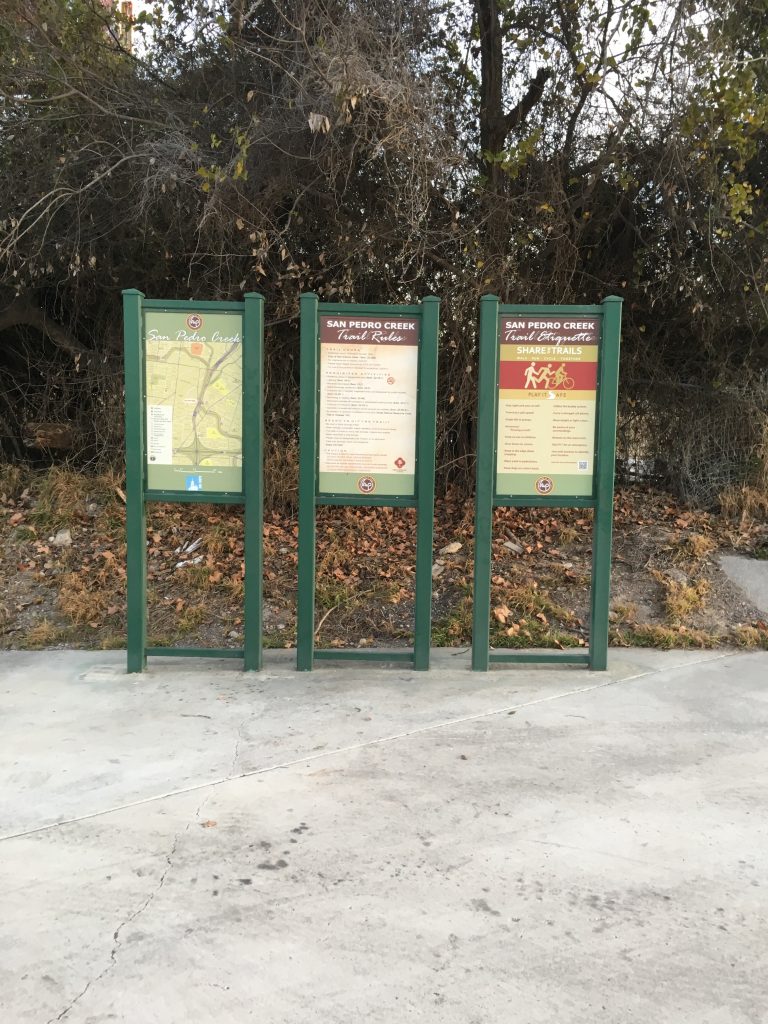 The trail was just completed in the last year and connects to the famous Mission Reach trail that runs 12 miles through the World Heritage area.

Pictured above is a trailhead near Nogalitos Street.  Which brings us to this 1935 Pure Oil gas station at this very trailhead. 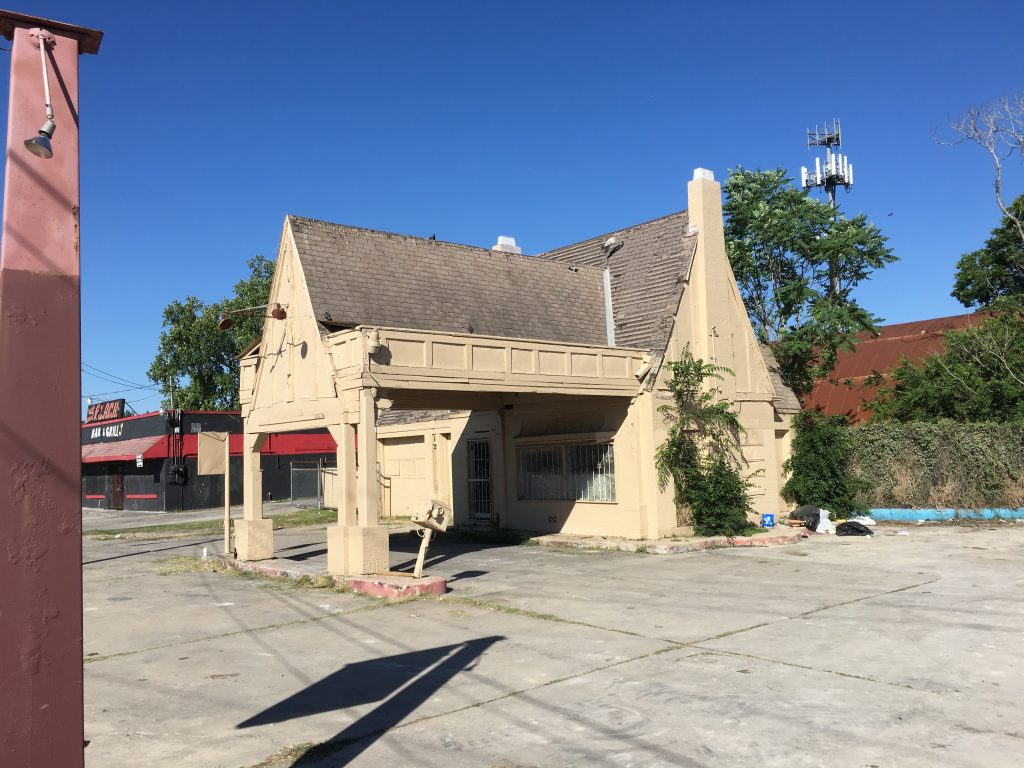 Pure Oil was a San Antonio company that adopted the half-timbered Tudor Revival for their stations, which can be found in a dozen states.  This is the only one left in San Antonio.  It features steeply pitched roofs on both the “house” and “canopy”. 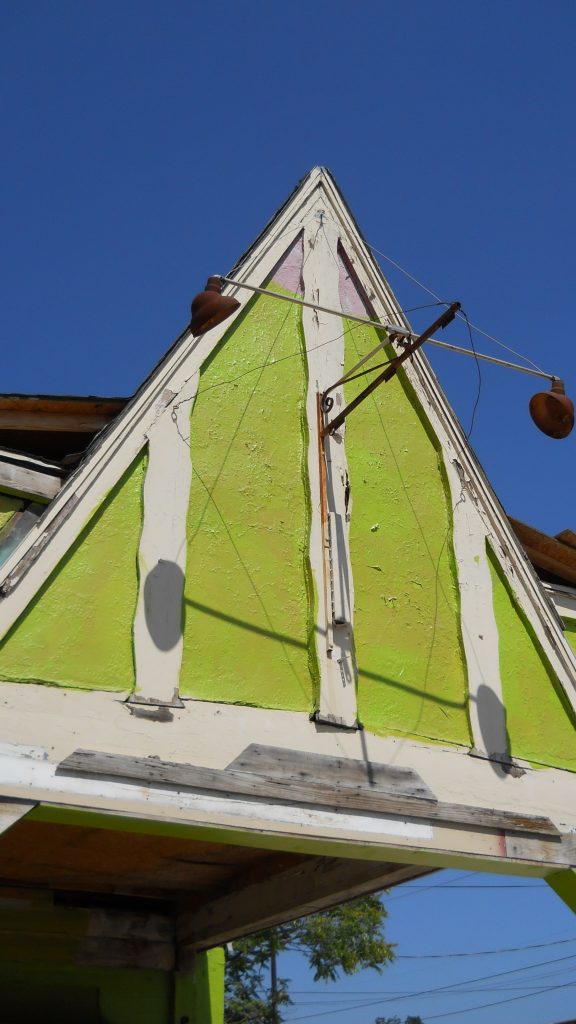 The same station in 2012, detail of the half-timbering on the canopy. 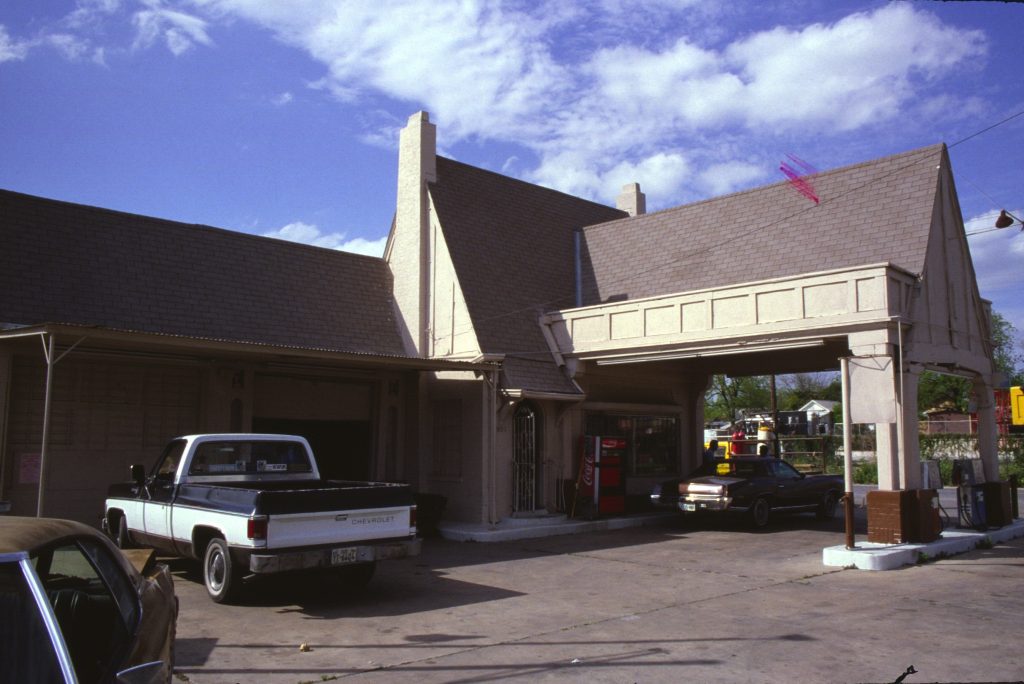 And here it is in 1983 when the San Antonio Conservation Society surveyed it.  We surveyed more than 1,500 gas stations over the years, and this was one of the 30 best, proposed as city landmarks last year.  Having looked at 1500 stations, we can tell you with confidence that the Tudor Style is quite unusual and the station is quite intact. 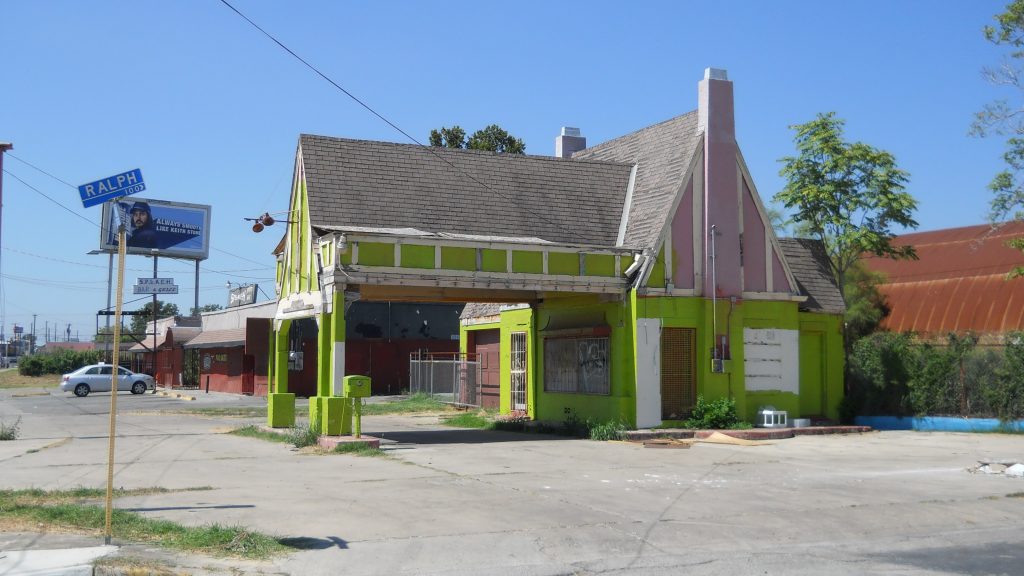 But then the station was quietly pulled from the designation list at the behest of the out-of-town owner.  So the San Antonio Conservation Society filed a Request for Review of Significance, which the Historic and Design Review Commission agreed to.

We also learned at that time that the site was quite large and the little gem of a gas station only occupies about one-eighth of the land.  The Office of Historic Preservation ruled that ONLY the gas station had historic significance, so the other buildings on site do not need to be re-used. 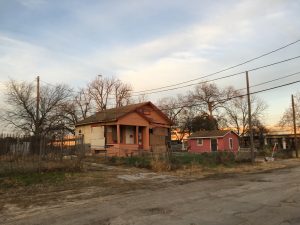 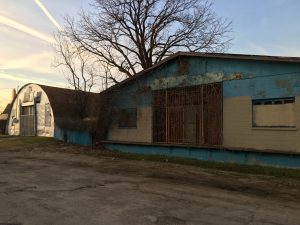 An acre of land along the trail and a cell phone tower to boot! 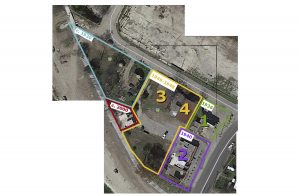 A map showing construction of the site.  Only Area 1 is proposed landmark.

The owner hired the best real estate attorneys to prevent designation.  Why?  Because it would be worth more demolished?  That argument doesn’t hold up too well in this town – gas stations are constantly turned into successful businesses.  Here’s a few more: 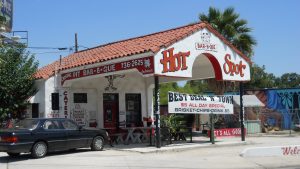 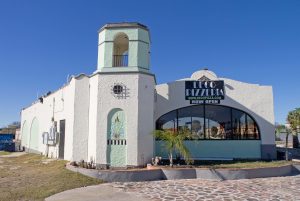 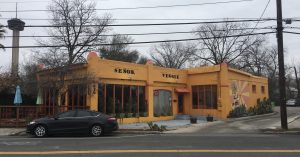 The Conservation Society met with attorneys for the owners and Councilwoman Gonzales moments before the item came up at City Council.  All parties agreed to put designation on hold for 60 days.

Re-use the gas station on the right (corner of Nogalitos and Ralph).  SPLACH is optional, as are the other buildings. 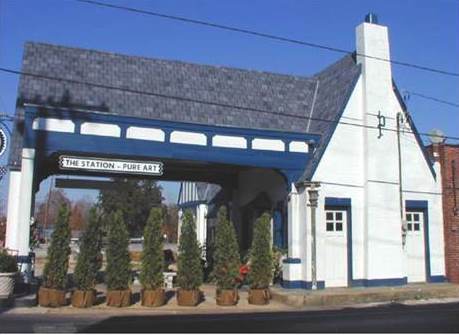 A restored Pure Oil station in McMinnville, TN in case you wanted to see an example.  One also became a BANK in Geneva, Illinois.

We are trying to find the right buyer for all or part of the site before the DEADLINE of March 18.  For more information, contact me at vmichael@saconservation.org,

Now for a few more of the successfully rehabbed gas stations in San Antonio: 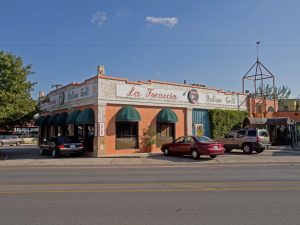 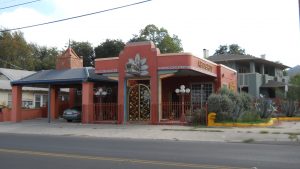 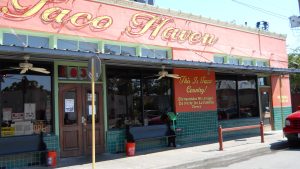 The gas station got another reprieve, this time for six months, although it is still not officially for sale.  If interested in this, please contact me!

The San Antonio Conservation Society made a significant financial offer for the Nogalitos Pure Oil gas station and the land it is on, commissioning Alamo Architects to draw up plans showing a restored gas station and new housing along San Pedro Creek.  The owners declined to sell.  Now the gas station must be landmarked.

The City Council is scheduled for final designation of the gas station on April 18, but owners are still pushing for demolition!  After they negotiated “in good faith”.  Unbelievable!