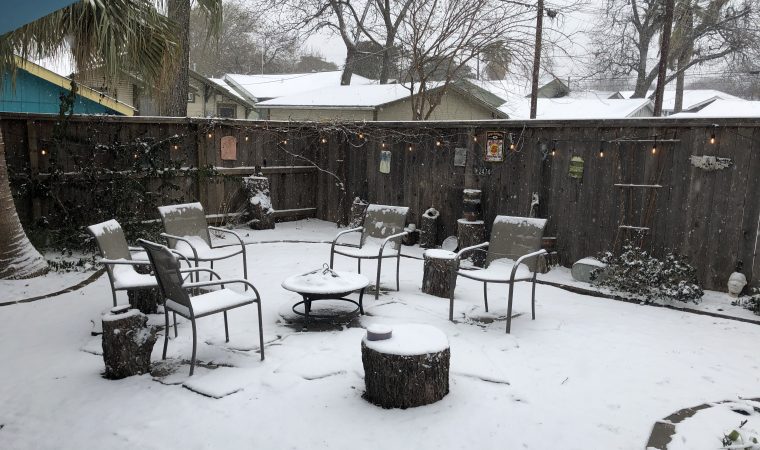 Well, last week was a lost week, thanks to two snowstorms in a city that usually takes a decade to see two snowstorms. Add extended sub-freezing temperatures and a free-market utility system and you have a Texas-sized disaster that will easily eclipse Hurricane Harvey in cost.

Hundreds of thousands of people were without power, heat and water for much of the last week. My family’s experience in Soviet Texas – 4-5 hours of power per day, impassable roads, boil-water notices and a burst pipe – was not as bad as many. Indeed, we were lucky, and had full power back by Thursday after intermittent power Sunday-Wednesday.

The comically and unironically named Energy Reliability Council of Texas (ERCOT) has taken a lot of heat (literally) for the rolling blackouts and just plain blackouts that affected over 4 million Texans last week. But the system – designed to avoid federal oversight and harness the free market – ultimately worked as it was designed to: Energy companies made massive windfall profits while people shivered and boiled snow.

It began on a Saturday with freezing rain, turning to a good 4 inches of snow on Monday, following by single-digit overnight temperatures for two nights, a brief thaw and then more snow on Thursday. And there are basically no shovels or plows here, period.

I spent fifty years living in Chicago and can easily recollect at least four snowfalls of 20 inches or more and half a dozen days at -20 degrees Fahrenheit. But that place is designed for it. Not only is San Antonio not designed for snowfall, but the utility system rewards NOT winterizing your facilities, so they all – natural gas, nuclear, wind, coal, solar – froze up. They don’t do that in Chicago. Or Canada. Or Denmark. Or Russia.

The most Soviet aspect of the whole experience was not simply the lack of power most of the time, or the boiling of water, but the empty store shelves – it made the onset of the pandemic nearly a year ago seem quaint. You could get toilet paper, but forget about meat or milk.

But, we are fine and well. The biggest hurt has got to be Texas’ pride – not only did silly ERCOT get publicly busted and bruised, but the political fallout of a series of own goals followed by a multimillion dollar philanthropic largesse from New York City has got to sting somethin’ fierce.