The Fallacy of Primacy Part 2 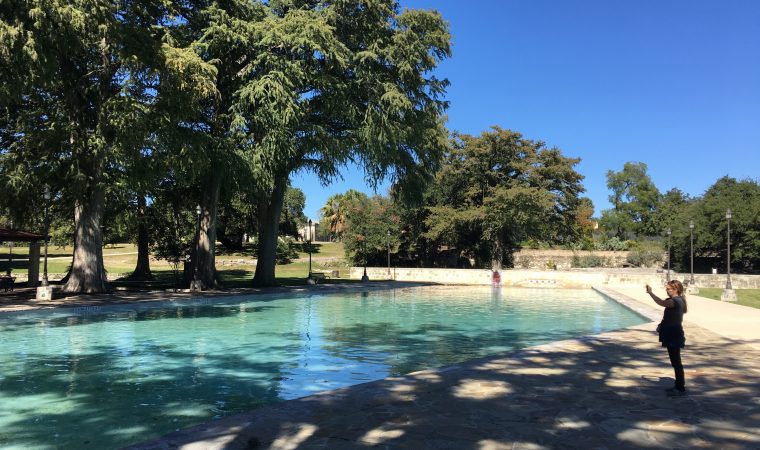 In 2006 I wrote a blog called “The Fallacy of Primacy” focused on the idea that the “first” to discover something was not necessarily historically important. The Vikings got to North America and the Chinese maybe got to Peru before the Spanish, but it doesn’t matter. They didn’t affect the trajectory of history like those who came later. In addition to the fallacy of “firsts” and “discoveries,” there is also the problem of category and context.

This is San Pedro Springs Park in San Antonio, sometimes claimed as the second oldest park in the United States after Boston Common, since it was set aside as public land by King Philip V of Spain in 1729.

The urban park as a type begins no earlier than 1827 when they start redesigning St. James Park in London. The oldest “parks” in U.S. cities are more like the squares in Savannah, which were open space but not parks. There was no context for “park” as a place of recreation and relaxation outdoors. If you wanted that, you went to a cemetery.

So here is the oldest city park in the U.S., Boston Common, and you can see that it is also a cemetery. When it was created in 1634 it could be used for celebrations, militia drills, burials, and yes, even picnics and sport. Interestingly, the design of “parks” in the 19th century begins with the design of the first rural cemetery at Mount Auburn outside Boston in 1831. It then inspires the first generation of park designers.

So, we have a whole new context emerging in the second quarter of the 19th century. Parks. By the end of the 19th century, Boston has its Emerald Necklace of Parks, New York has the massive Central Park, Chicago has a boulevard and park system stretching 30 miles and even Los Angeles had the 575 acre Elysian Park. Parks, like museums, were an idea less than century old.

We have a similar movement in the current century to create urban linear parks from old railroads or other rights-of-way. Think New York’s High Line, Chicago’s 606, or San Antonio’s San Pedro Creek Culture Park. Rails or canals to trails is also roughly a century old, and getting more and more elaborate.

When you ask whether something is first, or oldest or original, you are in fact asking a present day question about how a place is perceived and categorized. It is kind of like the difference between fact (to aléthes) and truth (alétheia) in Greek. A fact – to aléthes – is that San Pedro Springs Park became a public space in 1729. Alétheia is truth in the sense of a body of truth, like urban parks were started in the 1830s and 40s. Boston Common is the oldest park – to aléthes – but it is also a collection of other ideas about public space between 1634 and 1834 – Alétheia.

Impressions of the High Line 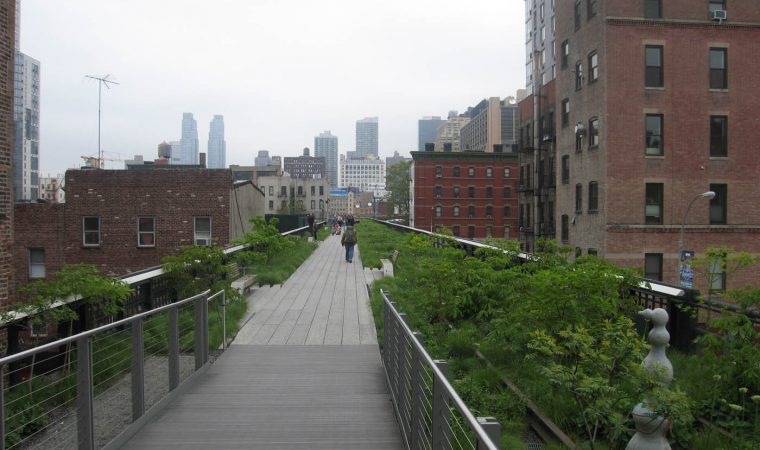 Bad weather for flying gave me an extra eleven hours in New York City so I decided to visit the High Line, which is to urban design what Facebook was to social networking in 2008 or what the iPhone was to telephony in 2007.  Even though rails-to-trails are older than my creaky knees, the High Line has been HOT, HOT, HOT.  Every city that wants to have the coolest in infrastructural fashion is getting one.  Chicago’s Bloomingdale Trail is the premier project in town largely thanks to the High Line analogy.  So I had to see it and here are my impressions. END_OF_DOCUMENT_TOKEN_TO_BE_REPLACED