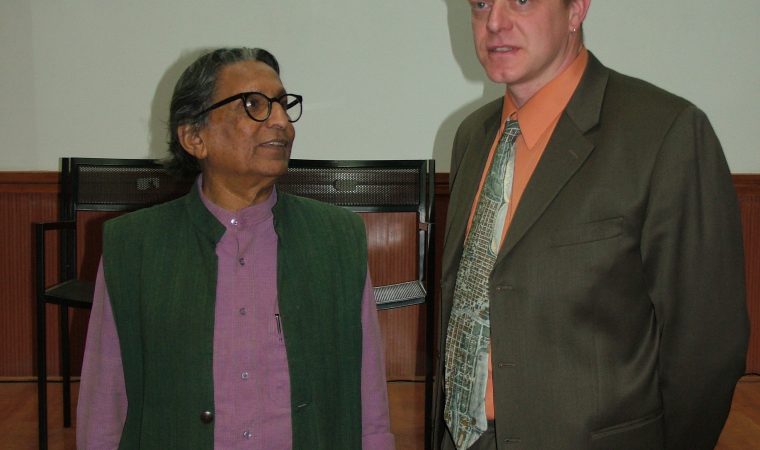 Yesterday I watched a webinar conversation with Moshe Safdie and Balkrishna Doshi, two legendary architects who met in Louis Kahn’s office in the early 1960s. What was fascinating about the discussion was how little it was about “architecture” in terms of form or object. They spent most of the time talking about nature and culture and festivals and journeys.

Safdie noted that in the Abrahamic traditions, paradise is a garden, not a building. Doshi said that if you study nature, it is integrated and sustainable. It reminded me of what Frank Lloyd Wright said about his “organic” architecture – that everything belonged like the fingers on a hand or the branches on a tree.

But the analogy is still form-based at this point. Doshi’s main point was about festivals and culture and how a building is not complete until it is inhabited. That reminded me of Barry Byrne’s declaration that the design of the church was not complete until the priest was at the altar celebrating mass.

Doshi gave the 300-year old example of Maharajah Jai Singh II who built the Jantar Mantar, a series of scalable structures designed to allow people to study the stars and sky. He relished the action encouraged by these structures where a family could go and look at the sky.

Safdie talked about how Crystal Bridges art museum has become a community center for Bentonville. He also lamented the loss of urbanism – noting that in the 1960s it was impossible to think of architecture without urbanism, and today it is the opposite. We are focused on the form, not the process, on the object, not the activity, and on the individual rather than the community.

When I met Doshi in 2008 in Ahmedabad I had a fantastic architectural journey, including the stunning IIM, Le Corbusier’s Mill Owners Building and City Hall, the Adalaj stepwell and of course Doshi’s own work. But there were two sites that struck me not for their design, but their use. The first was the Manek Chowk, a plaza in the center of town that transforms its purpose three times every day, from livestock forage to shopping market to food court. It is a place defined by activities, not architectural forms.

I also happened to be there for Uttarayan, the kite festival where thousands of people go to their rooftops with their fighting kites (the Kite Runner is set in an Afghani version of this festival.) Hearing Doshi talk about festivals yesterday reminded me of this particular one, where the architecture is literally underfoot.

Both architects lamented to erosion of culture and while neither mentioned it, I thought about the radical individualization – atomization, really – occasioned by social media and the intergalactic webernet. Online interactions are the opposite of looking at the stars with your family.

It begins with Nature. People then create culture in and of the natural environment – agriculture, ritual, art and shelter. The essence of culture is in the gathering of people to work, to eat, to gather resources, to study, to play and to sing. Conserving culture is ever conserving place. 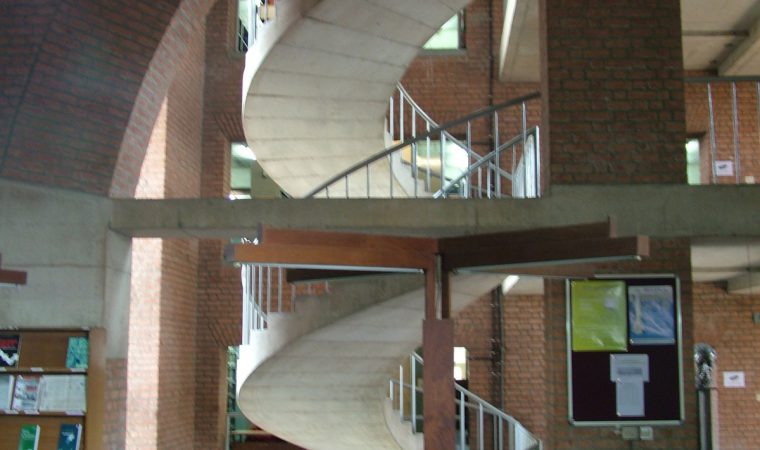 Ashok Damani and his son Kirat gave me a Sri Ganesh, which I figure will be helpful in trying to sell the old house and survive the acquisition of the new one- maybe better than St. Joseph. It was only four days in India, with a day of arduous travel each way but it was worth it. I shared the keynote address task for the Heritage Conservation: Indo-American Perspective conference with Balkrishna Doshi, a most famous Indian architect and a trusted assistant to both Le Corbusier and Louis Kahn. I toured ancient monuments with the incomparable Yatin Pandya, a creative architect in his own right who has built entire buildings of recycled materials yet can describe the haptic and kinesthetic experience of a 15th century stepwell or 16th century mosque like no one else. END_OF_DOCUMENT_TOKEN_TO_BE_REPLACED