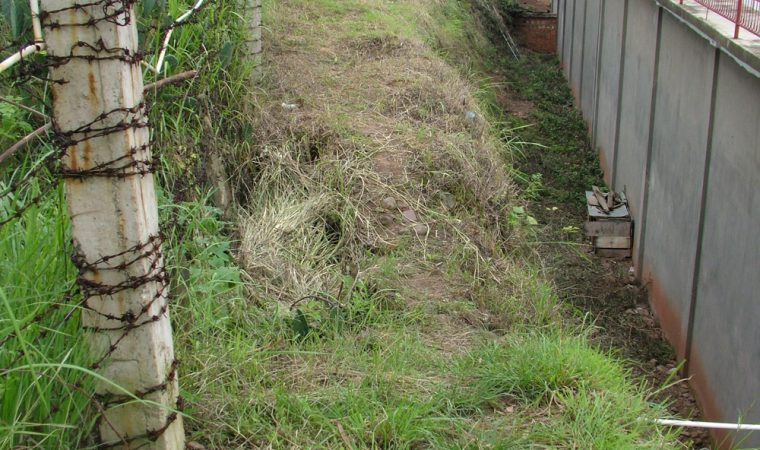 Traffic and pouring rain made the half hour trip through Kunming take over an hour. By the time the taxi got to the airport it was less than an hour before our flight and the driver had to navigate a flooded parking lot with water bubbling up from the sewers. Two days earlier we were caught on a mountain pass between Weishan and Dali, trapped behind a van stuck in two feet of red mud. Muslim women pushed the van out but by then there were a hundred cars and trucks lined up and we were an hour late to Dali. Welcome to the rainy season in Yunnan, the high-elevation tropical southwest of China. This is part of my job.

We made the plane and there is a woman on a stretcher right behind me where three rows of seats used to be. Last night we sat in an ex-pat bar in Kunming drinking Laotian beer with Angel, our Burmese-Chinese interpreter and her friends. It had been a day of losing things – first Jonathan left his camera in a tuk-tuk in Weishan, which the honest driver brought back, then he left his backpack in a Dali restaurant and also got it back. In the morning Andrew couldn’t find his wedding band (he found it) and in the evening Jerry misplaced an umbrella (also found). Normal travel stuff, lost items and rain delays.

I have a scratch on my arm from the barbed wire atop the one remnant of the Weishan City wall, on the military base on the south side of town. I stumbled into it as I tried to keep the sentry gate out of the photographs. How many decades ago was that last tetanus shot? Heck, if I was going to worry about that I would worry about eating cold food like Ken warns against, but it tastes good and I am a little brash that way. I was drinking tap water in India in the mid-1980s. Enough chili pepper and you are fine. I don’t think the reason people get sick in foreign countries can be entirely explained by biology – it is a mental adjustment too.

The afternoon after the barbed wire we had tea with community leaders in a nearby Muslim village and visited four 1920s watchtowers and courtyard houses in the community. The towers gave superb views of the exceptionally well-preserved village, its mosques indistinguishable from traditional Chinese pagodas. The road there was lined with stone carvers crafting tombs – elegant aedicules of yellow sandstone flanked by fu lions.

Beef noodles for breakfast, four different kinds of mushrooms at every meal, lashings of green tea, official meals with copious baijiu toasts and the constant putt-putt of tuk-tuks. I like my job. I like China too – it is an appropriate successor to the U.S. – sort of oversized and clumsy, not refined like Japan but massive, driven and infinitely more skilled at capitalism than Europe and America. Kartik and Jonathan are on their first trip to China and especially for Jonathan its exoticism is striking. I remember how I was overwhelmed four years ago on my first trip, and I see it with my students each time we come. For me it is familiar, even comfortable, especially at mealtimes.

In most ways Weishan is like every other town in the world, a little of everything, but its historic core is unique, especially in China, which is moving so fast that little history will survive the next few years. Weishan is special – so far.

I have seen dramatic changes in 4 years. The old bird and flower market in Kunming is being torn down. The place is cleaner and everything runs pretty smoothly despite the rain-induced traffic jams on mountain passes and city streets. Yesterday at lunch I toasted our hosts with “China is the future and it is encouraging to see that in some places that future will happen in harmony with nature and history.”

In Weishan we reviewed progress on the temple restoration our students helped plan in 2004, now being funded by a leading Chicagoan. We were also there with three architects to respond to a preservation plan for the historic town, birthplace of the Nanzhao empire (700 AD) and center of Yi culture. The plan was authored by Tongji University, the MIT of China, and it was detailed in its surtvey of historic structures but predictable in its expansion plans and troubling in its advocacy of rebuilding long-lost landmarks, like the city walls and gates. Only the north gate survives, a regal 1390 structure that is the second largest in China after Tien An Men in Beijing.

Last summer our students documented 16 buildings in town and ultimately contributed 30-odd photos to a Yunnan photo book about Weishan. Faculty member Felicity Rich contributed so many that author Fan Jianhua listed her as a principal photographer. We returned to some of the houses and it struck me that I have had a small part in helping preserve this place – not as big as Ken and Jerry, who rep the Center for US-China Arts Exchange, but still, it is something.

Sunday we had a two hour meeting with the Party Secretary and later another with about 20 other local officials, including the mayor. They agreed that I told them how impressed the ICOMOS audience was with the “Weishan model” in April in San Francisco, a model that accommodates tourism without killing the town, as has happened in Lijiang and Dali and so many other Chinese “tourist” cities, Everyone in Weishan agrees with us – they don’t want to drive the locals out and they don’t want “any fake antiques”. Now we will see what the planners at Tongji want.

That will be a tough meeting, but the meetings, like the place and even the language, are becoming easier the more I do this. A two-hour formal meeting in a provincial government office in southwestern China is just something preservationists do. In the last year I have had similar meetings in Chicago office buildings, wooden lodges in the Carpathian mountains of the Ukraine, and by the shore of Lake Siljan in Sweden. The issues don’t vary: only the venues. Like I said, I like my job.

Postscript: I wrote this on the plane from Kunming to Shanghai last week. The meeting at Tongji turned out much better than expected – our colleagues were impressed that we thought Weishan was worth coming back to again and again, and they agreed to work with us on refining the plan. My brashness extended to toxic Shanghai and my GI tract paid the comeuppance. Four days back and I have a head cold. Nothing a little Pu’er tea can’t cure.