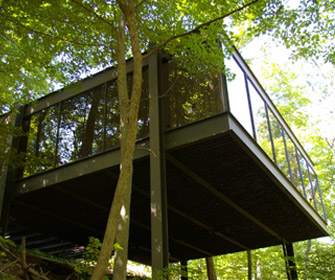 Landmarks Illinois has made another splash with its annual Chicagoland Watch List thanks to the high profile Rose House and pavilion in Highland Park, a modernist treat by James Speyer that EVERYONE knows as Cam’s house from the 1980s film Ferris Bueller’s Day Off. I knew that when I toured the house about 15 years ago. Modernist steel and glass boxes set into one of the suburb’s trademark wooded ravines, the gem is threatened by possible subdivision despite landmark status and a $2.3 million price tag.

You should go to Landmarks Illinois’ website (www.landmarks.org) to see the whole list, which includes a two-lane rural road in McHenry County, the South Side Masonic Temple, and an entire neighborhood’s worth of urbane and sustainable terra cotta and brick treasures at the intersection of Halsted Fullerton and Lincoln: 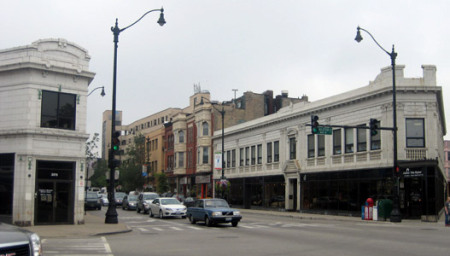 One of the threatened sites has personal resonance for me, the “Colony” in Wheaton at the Chicago Golf Club. I remember the circular fan you could sit on and white wicker furniture you could pick at until grandma yelled at you and a screened porch adjacent to the golf course. Her unit burned some time ago, but the remaining homes by Jarvis Hunt cannot be replicated today. They are unprotected, as is the fabulous Ed Dart Church of the Resurrection in West Chicago. Ed Dart is turning into the Louis Sullivan of the 20th century, the incredibly talented architect whose buildings are vanishing one by one, obliterating a history of grace, light and humanistic resonance. 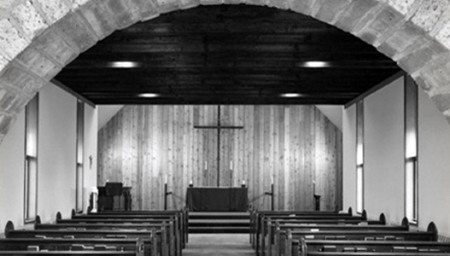 It is worth noting one category of buildings that appear several times, including the Rose House above, the Cornelius Field House (also in Highland Park) and two of the three Frank Lloyd Wright buildings, like the Walser House on Chicago’s west side. They are landmarks. Landmarks in danger. Not because they don’t have legal protection – but because THEY MIGHT BE DEMOLISHED ANYWAY. 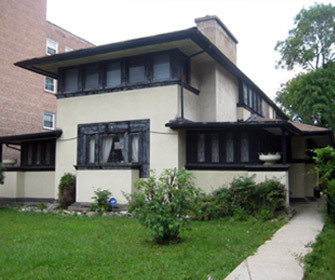 In the popular imagination, landmark status means a building will stay there forever and can’t be torn down. This is not true. Landmark status – and only local landmark status can potentially forestall a private demolition – does not mean buildings get saved forever or preserved in some pristine state.

Landmark status means there is a review process when a building permit is requested. A landmarks commission can choose to approve a permit that would demolish or irrevocably alter a landmark. When I was on the Oak Park Preservation Commission in the 1990s we approved at least four demolitions in the historic district in three years, and I can give you Chicago examples. Landmark status means REVIEW, not PRESERVATION. In Oak Park and other suburbs, the local districts and local commission don’t even have binding review over insensitive alterations, only demolition. 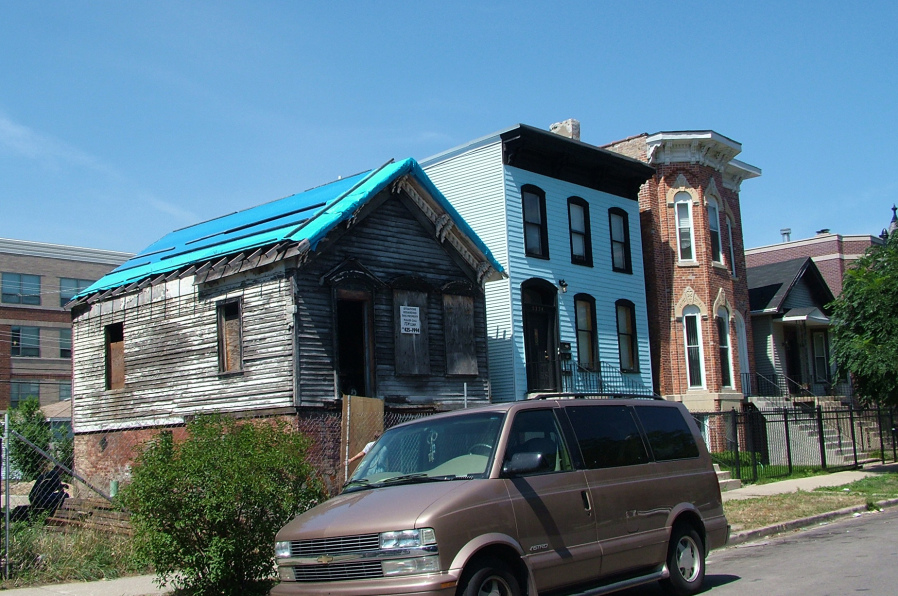 Plus, landmark status does not mean you have to maintain a property. It is not only a PROCESS, it is a reactive process. You pull a building permit, and the landmarks commission reviews it. What if you don’t pull a building permit? Ever? For anything?
Answer: nothing. Yes, the building department can go after you, if your building starts to look like a hazard. But not the landmarks commission – they only get to speak when they are spoken to. 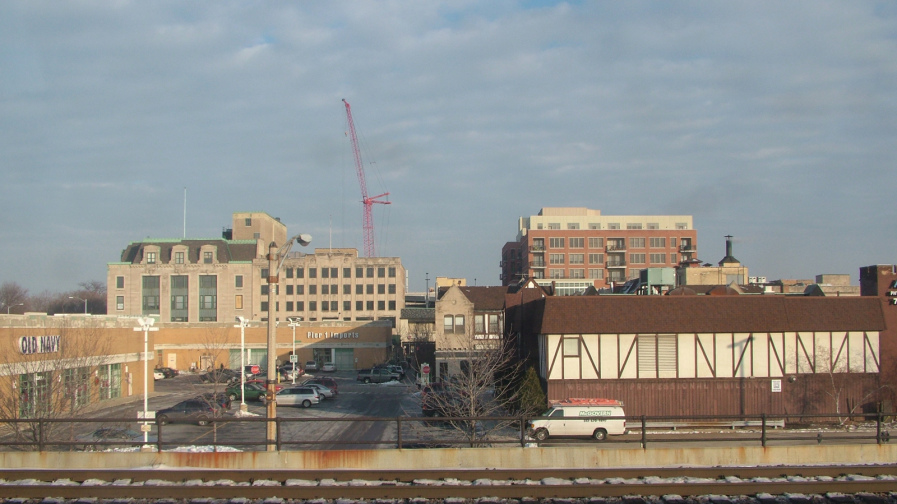 Ah, the persistence of ignorance. There is an Op-Ed in the Wednesday Journal (Oak Park) titled “Historic District bad for downtown Oak Park” by Frank Pellegrini. I guess I had my Op-Ed a year ago, and it is worth repeating my pull quote here, since this guy remains unaware:

“The National Register cannot prevent anyone from demolishing anything.”

The Op-Ed goes on about restricting property rights, discouraging investment, regulations and bureaucracies. These keywords are listed rather than logically linked. Unlike most commentators who employ labeling rather than argument, Pellegrini hints that he might actually be aware of the nuances when he says that the National Register designation is honorary but “could be a prelude to a more restrictive local registry” which is true. But all of his arguments depend on that local registry, and his vision of how that process would play out – which is opposite of how it has played out, as seen below.

The National Register doesn’t bring in any bureaucracies unless you go begging to the feds for money. The most galling fact about the situation in Oak Park is that FACTS are staring everybody in the face to counter this opinion. Pellegrini asserts that landmarking will discourage investment, add costs due to regulation and bureacracy, etc. So how about an example? Is there a historic commercial district nearby that has these regulations? Can we see this disinvestment at work?

Yes, there is one IN Oak Park and it is four blocks away. And it has maybe one vacant storefront in the historic buildings. Hmmm. Why isn’t investment being discouraged in that district? If Pellegrini was correct, all the business would run away from the Avenue to Downtown Oak Park to escape the fearsome regulations strangling their rights. That is definitely not happening. He must not be correct.

The opinion is accompanied with an illustration of the demolition of the Colt Building, which you can read about in old posts here from 2005 and 2006. Now I get it. He is upset about the Colt Building. The Colt Building was saved by the Oak Park Village Board AGAINST THE ADVICE of the local landmarks commission and the statewide preservation organization. It costs the Village oodles of money and then was finally demolished years later – just as Landmarks Illinois and the Oak Park Preservation Commission had recommended years earlier.

Listen to the preservationists: they’ll save you money.